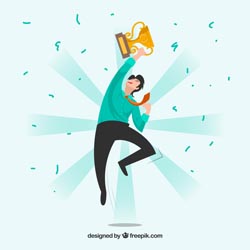 You will hear part of a radio programme called What’s On talking about new events.

Martin: Welcome. Jenny and I have got lots to tell you, haven’t we Jenny?
Jenny: That’s right. This week, on Saturday night, Westfield Radio runs its annual competition.
Martin: What’s it for, Jenny?
Jenny: Well, last year it was to find the best dancer, and next year it will be the turn of local actors to enter. But this year we’re looking for the best singer in our city. You have to perform alone and we’ll provide a musician.
Martin: And what are the rules?
Jenny: Not many. For example, there’s no limit on age, whether you’re 65 or six it doesn’t matter – but you must live within five miles of the city centre. You need to phone your entry before Saturday. We don’t accept entries through the post or by fax. And speaking of talent, there’s a new theatre group starting every Saturday, especially for teenagers.
Martin: And how do people get more information?
Jenny: If you’re interested, you need to contact the theatre group’s secretary, and I will give you her phone number later. They’re going to meet in St Paul’s School.
Martin: Right. Well, it’s school holidays this week, so what’s on offer?
Jenny: OK. To let as many people as possible use the sports hall this week, it will open an hour earlier than usual at 8 a.m. and shut later at 10.30 p.m. instead of nine. If you want to do one of the more popular activities, you should ring and book as usual. The indoor football pitch is always popular and has to be booked in advance.
Martin: But what about the swimming pool?
Jenny: Not quite such good news, I’m afraid. We’d hoped to tell you that the new swimming pool would be ready, but it’s not. It will open however before the end of this month, that’s about a week later than planned, but good news now – there will be no charge for swimmers for the whole of the first week that it’s open. It’s the same size as the old one but has much better facilities.
Martin: That’s great. Now, Jenny, have you heard of the rock group called Switch?
Jenny: Yup, even I’ve heard about them, probably because two of their four members were born in Westfield, and all four of them now live here when they’re not travelling around the world. This time last year they were four ordinary teenagers and now they’re world-famous. Well, they’re doing a concert on Saturday evening in the Town Hall, and it will be very popular.
Martin: So get your tickets quickly. Thank you Jenny.

We add listening and speaking exercises in order to practise for this part of the B1 Preliminary test.

In addition, we add reading and writing exercises on a regular basis. Why not bookmark our site, so you can come back to practice anywhere or at any time of the day?